SOGAT 2019 is an International Conference and Exhibition for natural gas and oil.

The technical content of the presentations are amply supported by the exhibition of services and supplies of the worldÃ¢ÂÂs leading contractors, vendors and consultants. An integral part of the SOGAT 2019 event is the significant number of practical workshops of current technical concern.

With CAPEX globally expected to reach around $1.13 trillion by 2025 the future looks bright for Natural Gas Projects. Gas consumption in this region has grown by nearly 5 % but production cannot keep pace with demand, particularly here in the UAE. Consequently the recent announcements from ADNOC in partnering with ENI and Wintershall in the Ghasha ultra sour gas concession and TOTAL in the Ruwais Diyab concession and further intentions to appoint new partners for the Ghasha development, not only underpin the importance of sour hydrocarbon and unconventional field development but also add to the strategy to make the UAE gas self-sufficient and ultimately a net gas exporter by 2025. This growth will also include the first licensing round of 6 oil and gas blocks in Q1 of next year, the implementation of the ADNOC – Saudi Aramco agreement to explore natural gas opportunities and the development of sour gas fields at Bab and Bu Hasa.

Within Saudi Arabia plans continue towards producing 70% of its power requirements from natural gas and Saudi Aramco are focusing on enhancing sour gas conditioning as part of a $4 billion scheme to boost gas production for domestic consumption with the expansion of the Hawiyah Plant. Shortly the industry will also see the Fadhili Plant producing gas from the Kursaniyah and Hasbah Fields and the 75million scf/d gas processing plant at Midyan in full operation. Additionally there are significant plans for the development and processing of expected big volumes of shale gas in the Jafurah Basin. These activities are all part of the KSA Master Gas Plan in which capacity will increase to 12.5 billion SCF by next year.

Active plans are also ongoing in Oman who are involved in processing gas from the Khazzan Field with 950 mcf/d of produced gas and SNC Lavalin continue to support the process of bringing on-stream the necessary gas from both the Rabab Haheel and Kibal Khuff projects , the former being one of the largest projects in Oman energy development history . Earlier this year PDO announced a significant gas find with estimated recoverable reserves of more than 4 trillion cubic feet (tcf) and 112 million barrels of condensate at two reservoirs named Barik and Miqrat which will add to their gas needs . Another important announcement was the opening of their Gas Network Operations Centre in Saih Rawl which monitors and co-ordinates gas production in real time.

In Kuwait, KOC awarded a $1.3 billion contract to Petrofac for a sour gas gathering system for the Burgan Field and plans continue to unleash the potential of the sour gas resources within the Jurassic Gas project, all of which will contribute the Upstream Strategic Objective 2030 which aims to maximize production from existing associated gas fields as well as tapping into their sour gas resources. KPC are continuing with the FDH JV project which when operational will be one of the biggest refineries in the world and a major player in Kuwait’s Clean Fuel Project. Once completed, the Al-Zour refinery will predominantly produce low-sulfur fuel oil to replace high-sulfur fuel oil that is presently used in local power generation plants.Other refinery end-products will include ultra-low sulfur diesel, kerosine, petrochemical naphtha, granulated sulfur, and LPG.

The political upheaval in Qatar will impact their plans for their Barzan enhancement. However once the second phase of the project is operational it will mean a 3.5million t/a production of sulphur. Again politics play a part in Iran’s sour field activities and the industry awaits their resolution.

In Central Asia the startup of the sulphur recovery section of the Kashagan processing plant is imminent and sour gas injection plans for Tengiz to enhance oil production by 42%, is expected to take place by 2022. Additionally sour gas reinjection will be the predominant factor at the Karachaganak project also by 2022. Moreover the Galkynysh plant in Turkmenistan is expected to produce 3 billion scf/d when at full capacity. Additionally the developments at the Kandym gas processing complex in Uzbekistan will be enhanced by the recent agreement between ADNOC and Uzbekneftegaz in providing strategic advice in oil and gas operations.

Also the Kharyaga Phase III Project has taken receipt of a fully modularized gas treatment package including gas treatment and SRU’s and is on example of several ongoing projects in Russia.

PETRONAS continue their programme of monetisizing and processing acid gas fields in Malaysia. China is also developing sour gas processing plant with the latest being in Chuandongbei and processing from several sour fields with the final phase of the project expected next year.

In Canada, Keyera Corporation is to build a $625 million sour gas processing plant near Grande Prairie as well as SemCAMS building a significant processing plant, also in Alberta.

The technologies involved in sour field development and production are and will continue to progress and the latest developments across the whole sour hydrocarbon management spectrum will be included in the well-respected SOGAT 2019 Conference Programme. This programme will focus on invited presentations primarily from operator case studies, thus providing delegates with invaluable knowledge and data to employ in their own environments.

In keeping with previous years, In Depth and Practical Workshops on topical issues that contribute to enhancing efficient operations will be presented in the first part of SOGAT 2019 and will cover: Practical Amine Treating, Sulphur Recovery Practices, Process Modeling and AGI and other topics under consideration by the Advisory Committee.

The SOGAT 2019 Exhibition will see leading vendors and suppliers present and thus SOGAT 2019 will continue its well-known trend and reputation, as the international event that provides a one stop review of all the latest developments in global sour hydrocarbon management at a time when sour field development plans abound. 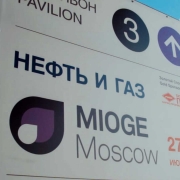 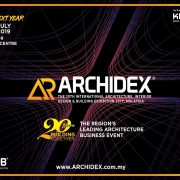 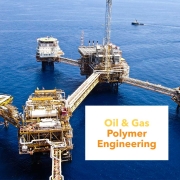 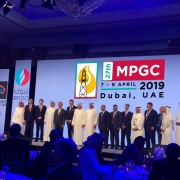 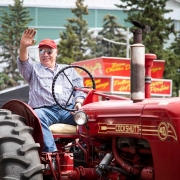 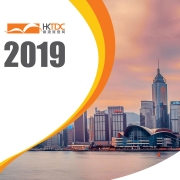 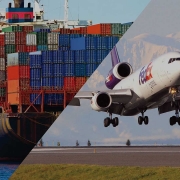 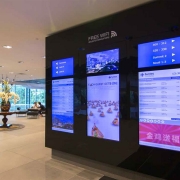 Want to join the discussion?
Feel free to contribute!

IIoT and Digital Solutions for Oil and Gas Conference